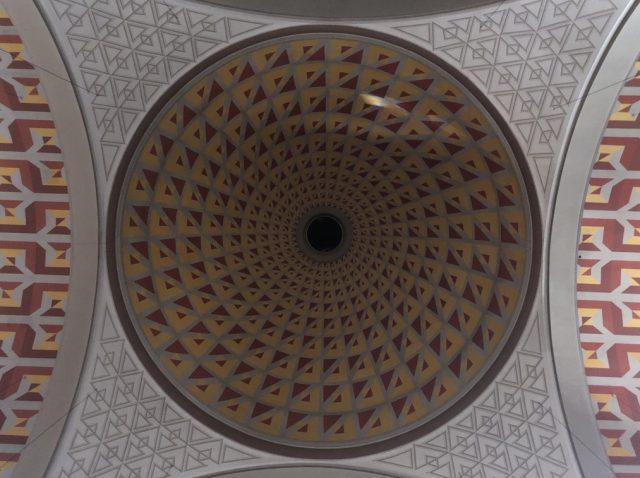 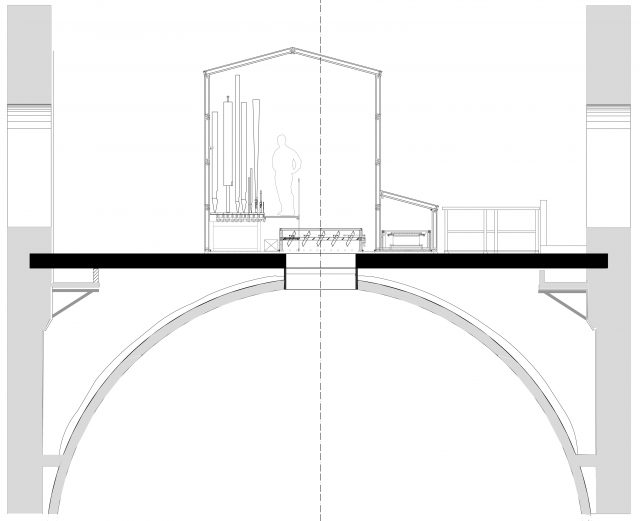 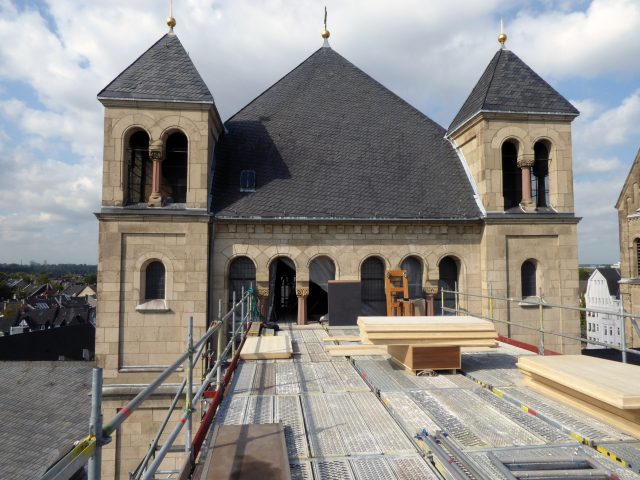 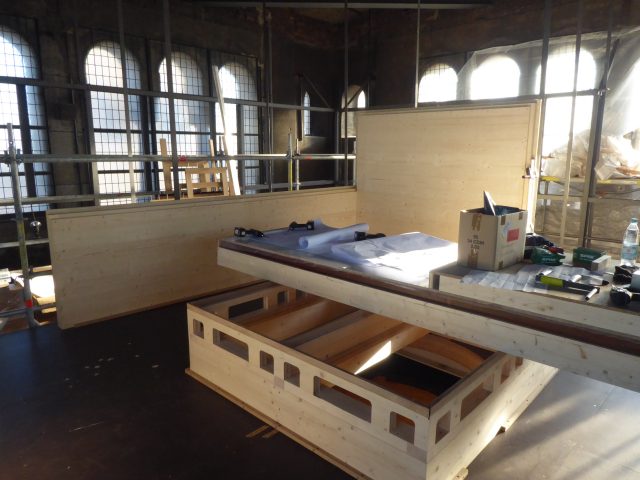 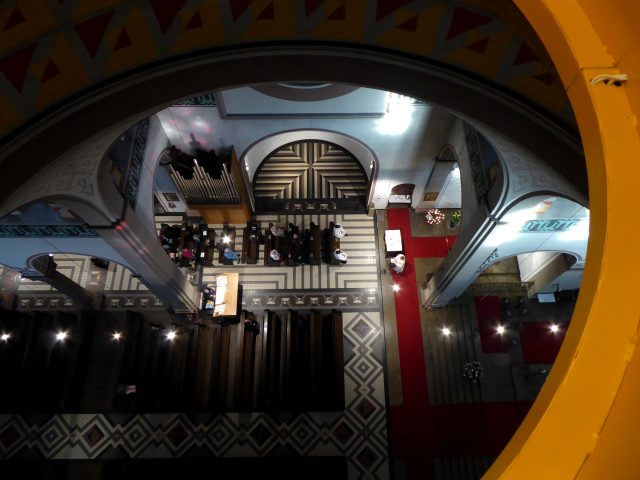 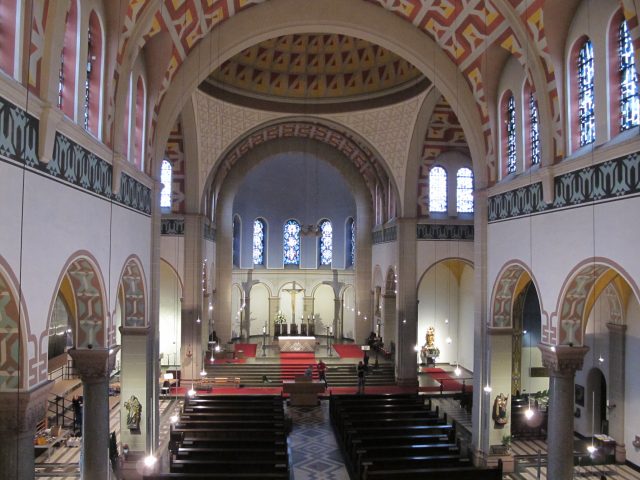 On November 25th, 2018, the completion of the organ conception of St. Antonius took place with the inauguration of the „Fernwerk“ a remote division of the organ. This is placed above the dome of the crossing. To our happiness Olivier Latry played the opening concert.

Above the dome opening, a platform was installed in the crossing tower, on which the „Fernwerk“ is housed in an insulated housing. The sound passes over horizontally arranged swell shutters through the dome opening into the church space. An existing cone chest could be re-used and equipped as in the main organ with single tone solonoids. From the eight ranks of pipes, 17 stops are generated, which can still be considerably expanded by the Sinua system. So also a multi-manual playing style of the „Fernwerk“ is possible.

As an advisory organ expert, Ansgar Wallenhorst from Ratingen also participated in this extraordinary project for us.