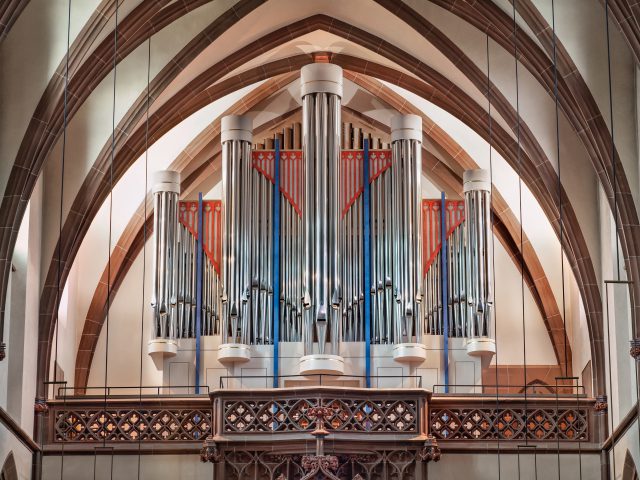 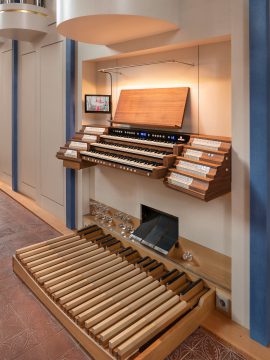 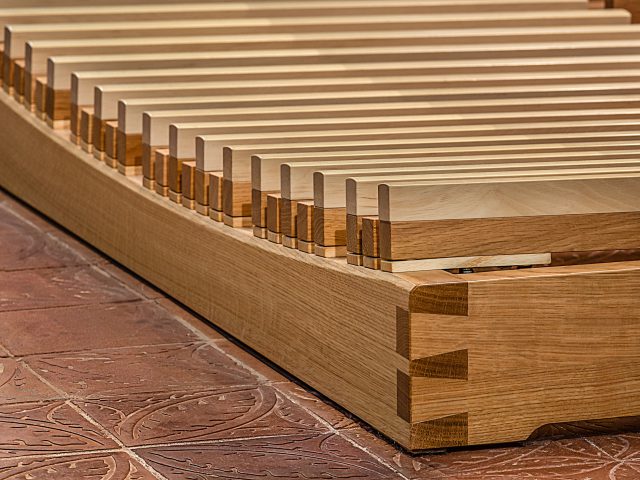 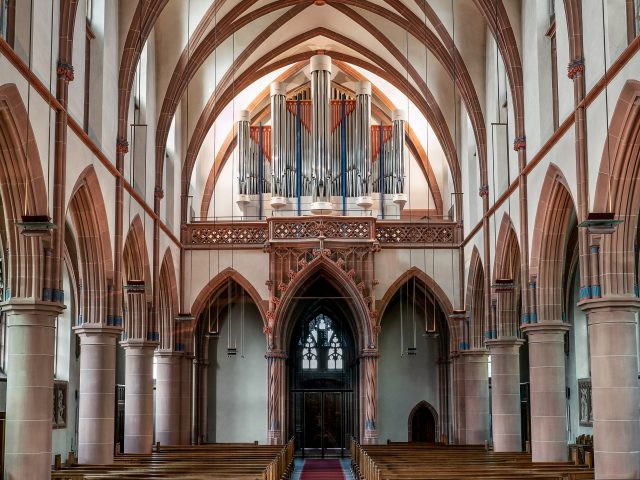 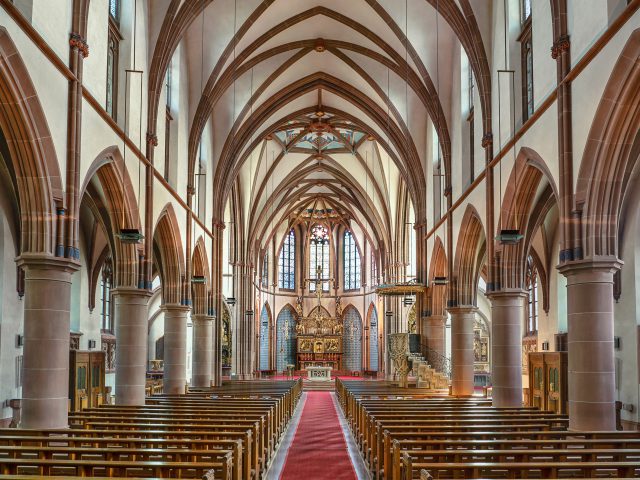 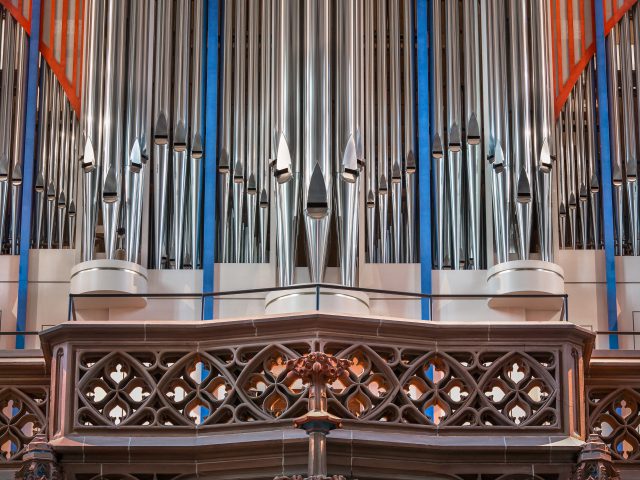 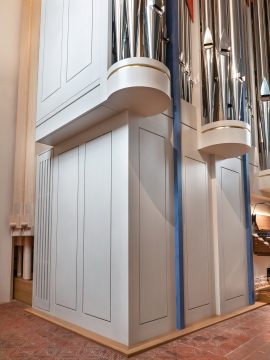 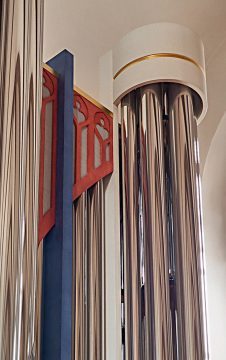 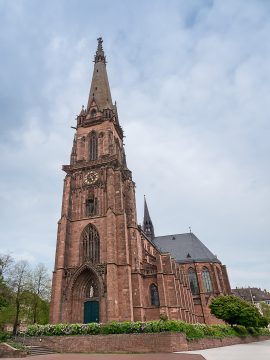 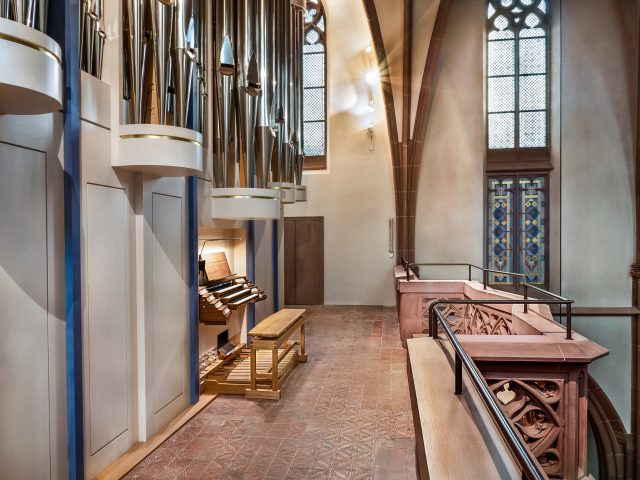 On 15th of July 2018 the organ of St. Bernhard was inaugurated with a festive service, church Square festival and a final concert. On the instrument was Patrick Fritz-Benzing, who also served as OSV for the project.

Organizing and building an organ for this wonderful church was a particularly attractive task for us organ builders.

In the search for the optimal inner layout, the limited height on the organ loft and the acoustic effect of the vaults had to be considered. The Great and the small Pedal are located directly in the visible case and thus have ideal sound radiation in the church space. The two swell divisions stand on top of each other: the Swell located at the bottom speaks through the spatially generous Great, above that is the positive in its own swellbox. It uses in its elevated position, the nearby vaulted zone as a reflection surface and is therefore very present in the church. The pipes of the grand Pedal are just above the level of the balcony on either side of the swells; for the voluminous pipes C-H of the sub 32′ the niche is used at the very back of the organ.

In this way, all three manual divisions are behind and one above the other in the central axis of the church. The course of the mechanical action could be kept relatively easy keeping the playability nice and light. In addition to the three manual divisions, the small Pedal is mechanically played, while the great Pedal is equipped with electrical single-tone valves due to its large wind demand.

The entire tone control is also electrically designed to allow full access to and from external midi instruments. The setting system has a PLC control, which means that new options will be available through updates in the future.

Two blowers generate the wind required for the pipes, which is distributed via the two large-volume reservoir bellows and eight further regulating bellows into the windchests. For the Positive, a wind sill was set up, as well as for the clarinet, which received its own additional blower.

The rich fund of basic ranks, the enormous dynamic range and the colourfulness of the solo possibilities in combination with the large room acoustics favor the symphonic qualities of the instrument. Also the sound concept deliberately aims at a broad stylistic, which was impressively experienced in the inauguration concert.