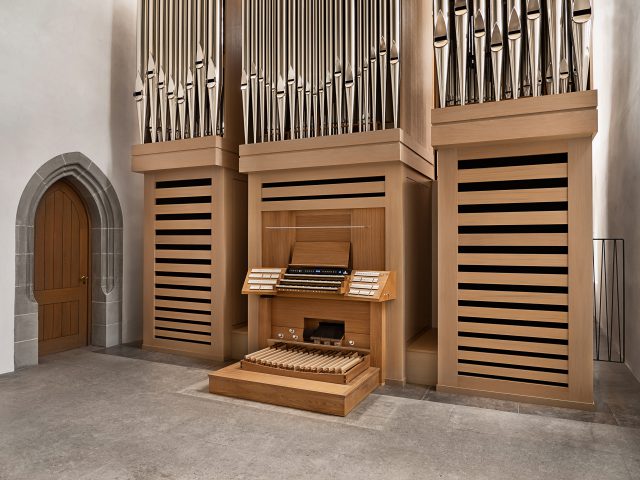 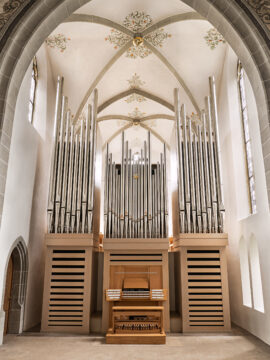 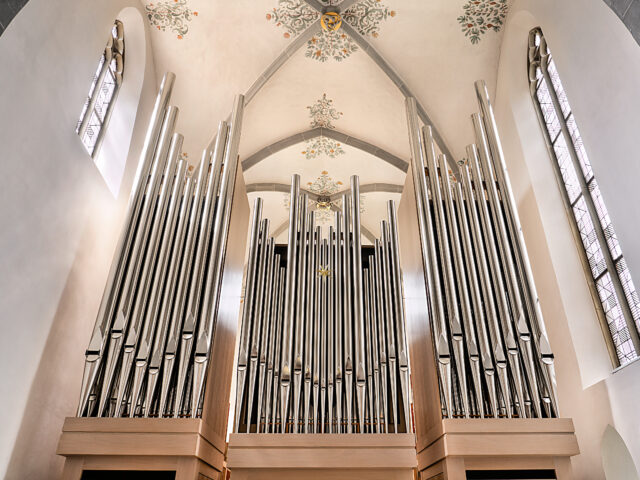 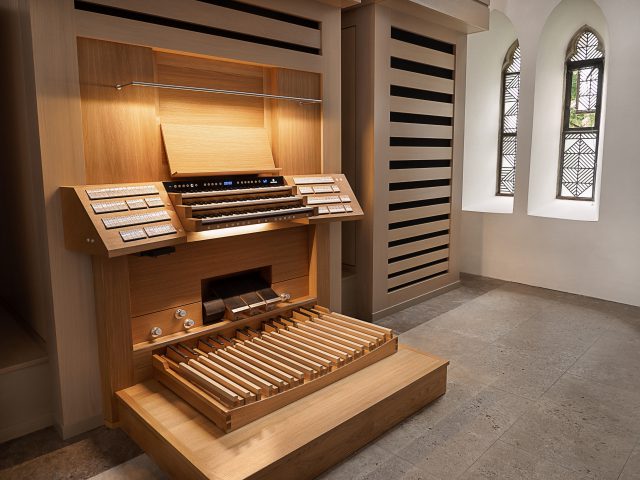 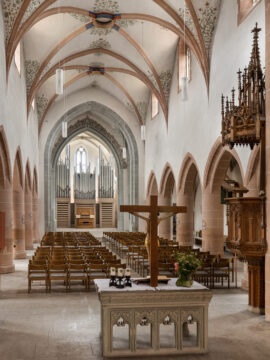 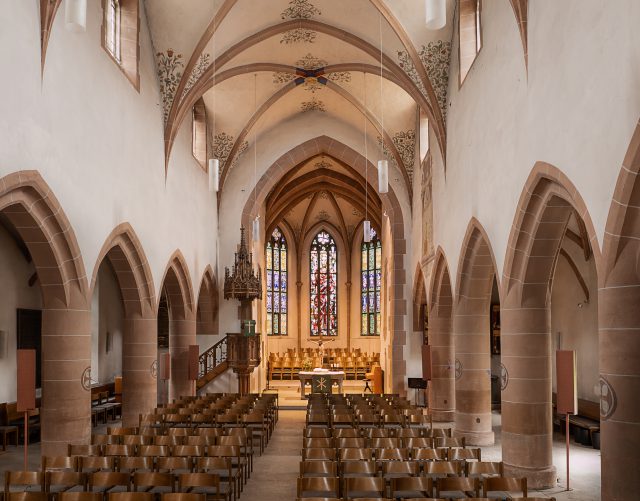 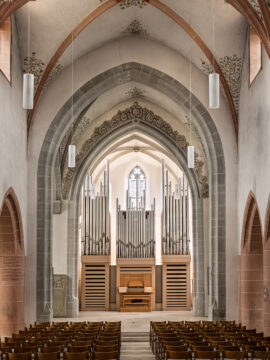 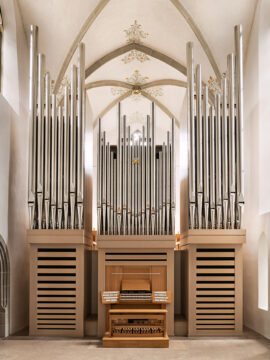 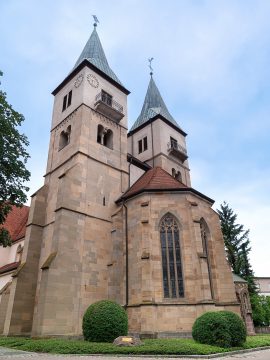 The organ in the Stadtkirche in Murrhardt was inaugurated at easter 2019. The former instrument was designed by Helmut Bornefeld and was known for its wooden pipe facade. Many revisions were necessary to solve deficits in construction of action parts and in voicing but never lead to a convincing outcome.

Therefore a complete new organ was created using about 45% of the pipes of the former instrument. The new facade is located closer towards the room for acoustical reasons. Also we attach great importance to the best possible sound radiation of all divisions.

The visible facade is formed by the divided Great on the left and on the right side. The keydesk with the enclosed Positive are located in the middle front. The Swell is placed behind that on the fall and the Pedal is behind the towers of the Great.

The voices of the solo stops have single-tone controls and can be independently registered for all manuals.