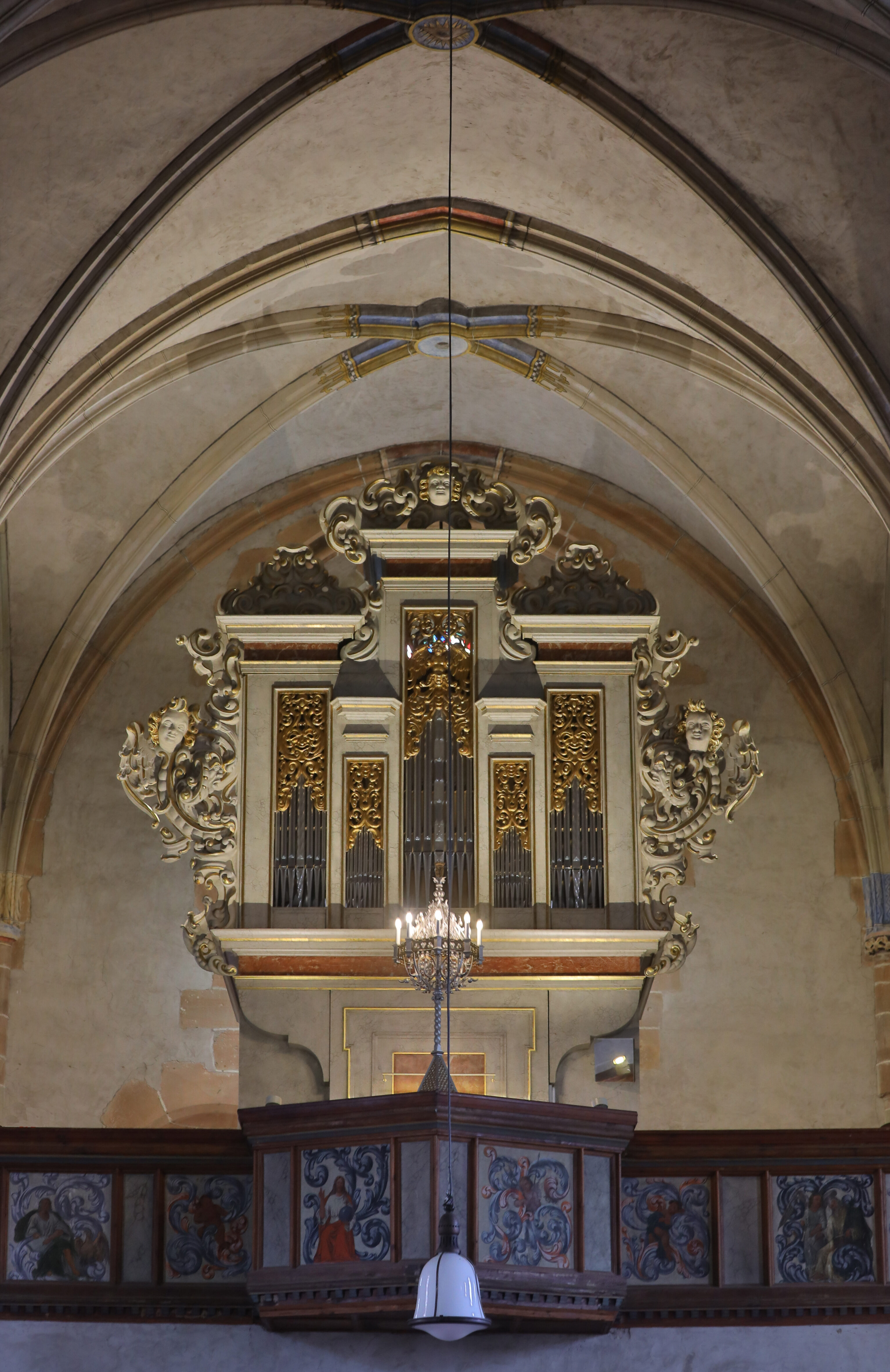 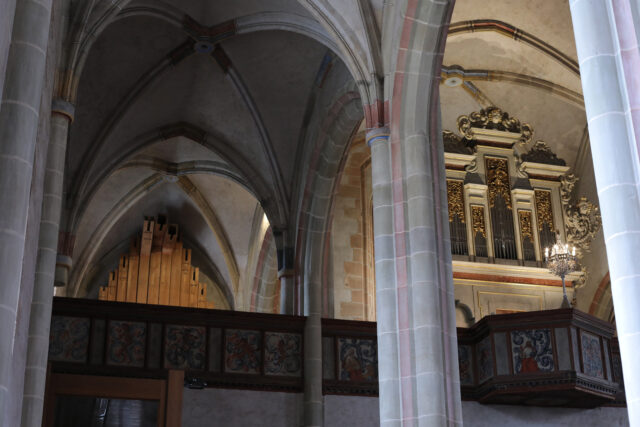 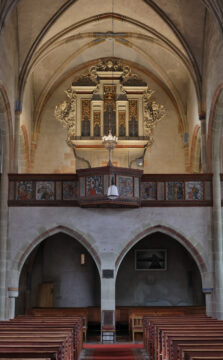 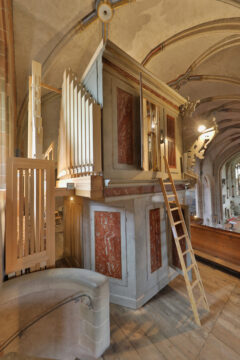 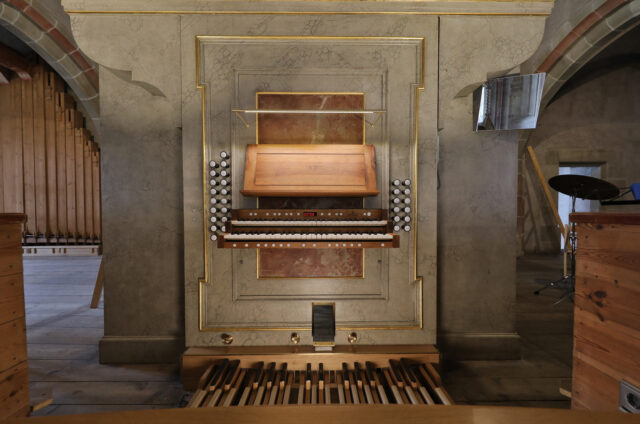 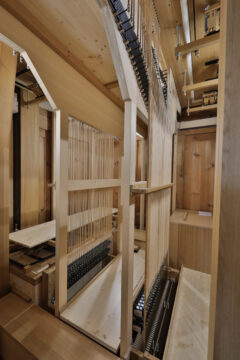 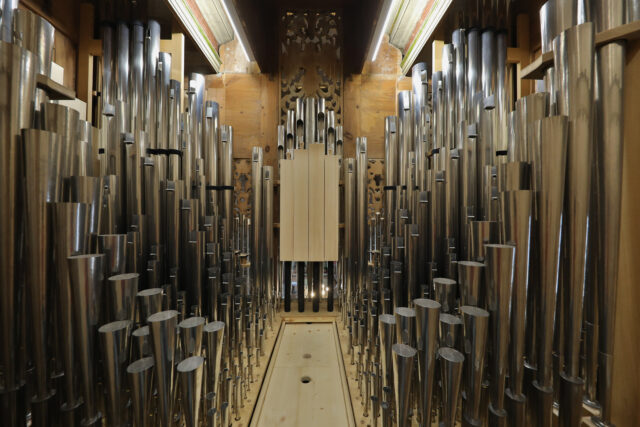 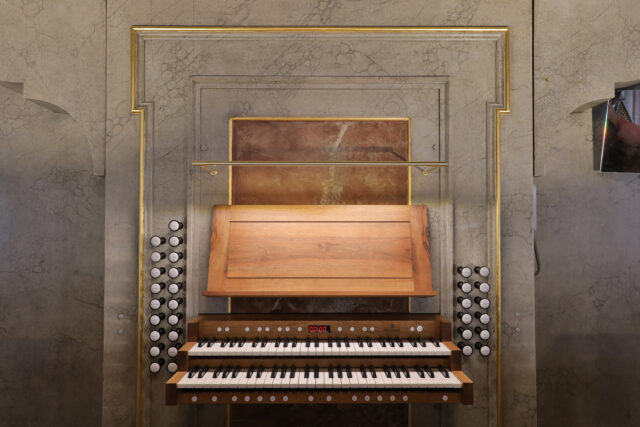 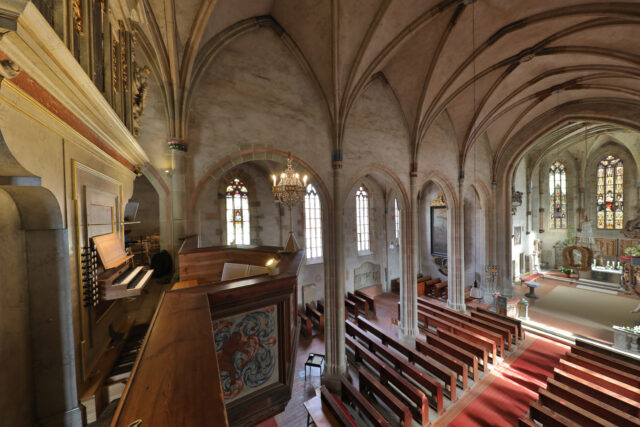 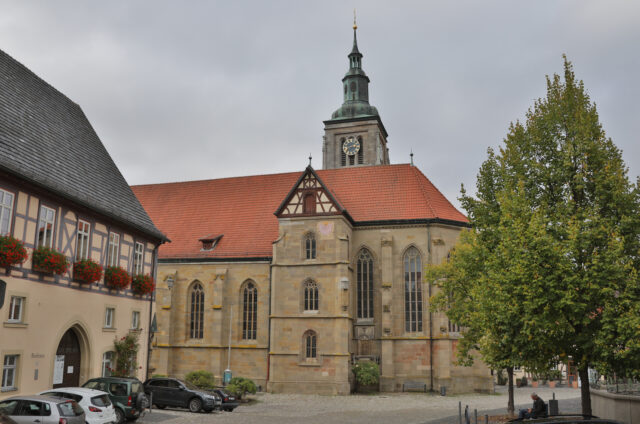 It was a very special task for us to design a new organ behind the valuable historical facade in the Marienkirche in Königsberg, Bavaria. The facade was originally established in 1660 by Matthias Tretzscher from Kulmbach. The former pneumatic instrument made by Johannes Strebel in 1904 will be used at other place. Talks with experts and local advisors proved the conceptual default to create a creatively thought up and many-sided instrument in the style of our time, instead of trying to rebuilt the lost instrument of the 17th century.