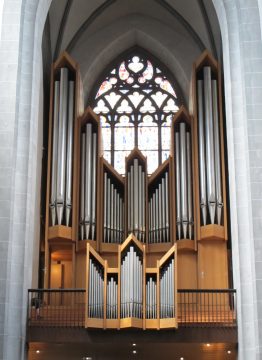 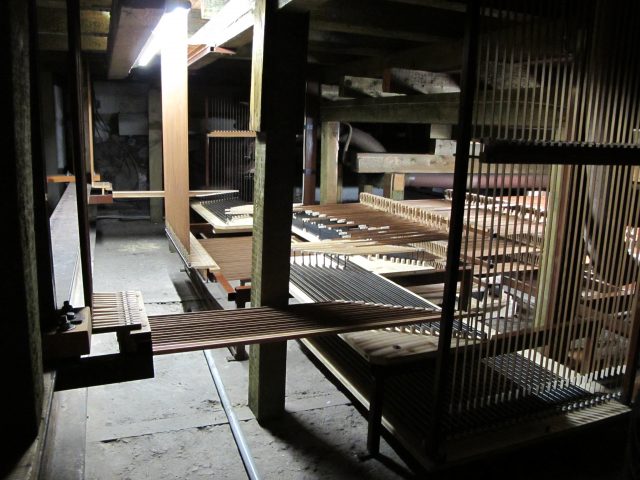 The Catholic parish church Saint Severin is one of twelve Romanesque basilicas of Cologne. She is consecrated to the third bishop of Cologne, holy Severin. The organ was built in 1987/1992 by Willi Peter. The instrument stands in the tower chamber and has suffered during the tower renovation by a flash flood. Directly above the console were considerable damages. The necessity of renewing the III-manual free standing keydesk was used to improve the church-musical situation on the tower loft radically.

Therefore, the keydesk was turned 180 ° and was pushed closer to the Ruckpositive. Now this classical arrangement with the look of the organist to the main organ permits a choral installation between keydesk and main organ. New rollerboards and a reorganisation of the horizontal trackers under the stepping were necessary. Accompanying to these works a new pre set combination system and couplers were added.

The following stops were enlarged or the disposition was changed as listed: