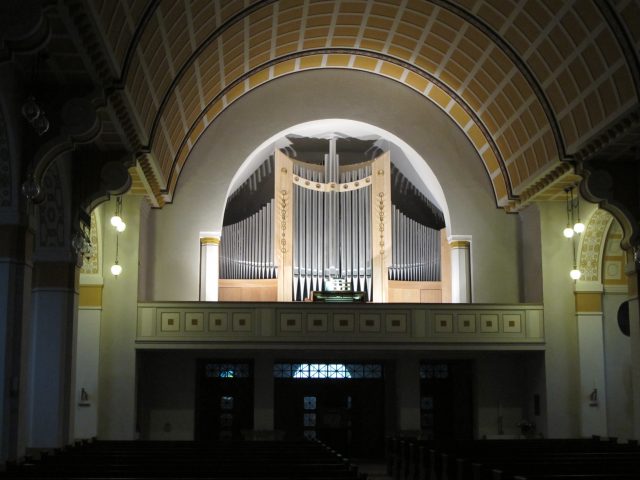 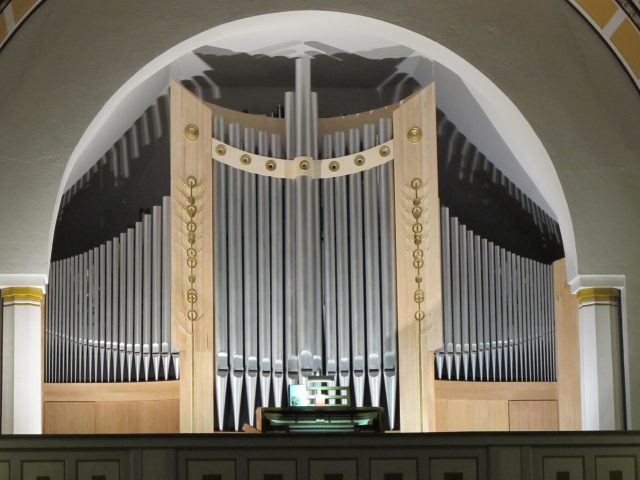 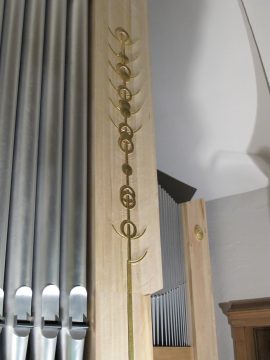 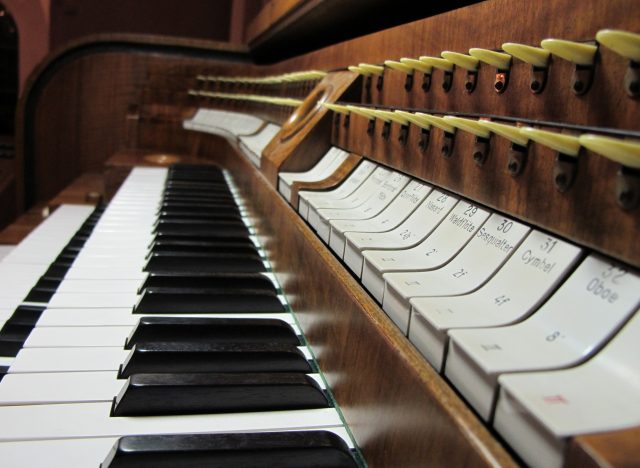 The “new” organ for Saint Joseph in home Rheingönheim, was built by the Klais company in 1940 for the church Saint Maria in Ludwigshafen. The organ was provided with an expressive open facade and an arrangement in the style of the organ movement. After the church Saint Maria was sold to the Greek orthodox municipality of Ludwigshafen, the organ was up for sale, too. On initiative of Mr. Treuheit, district choirmaster in the diocese Speyer and full-time organist in Saint Joseph, the idea was born,to move the high-quality organ from Saint Maria to its new home Rheingönheim. On account of changed space relations, the original facade could not be kept. In cooperation with the episcopal building authorities Speyer, the sculptor Mrs. Andrea Wörner has developed a progressive facade which adapts itself very well in the church space equipped in Art Nouveau. Behind the free standing organ facade, the historical organ arrangement with its carefully worked electro-pneumatic cone chests was installed. The old keydesk could be kept and was extended by pre-set combination system.
The organ was consecrated on December 8th 2011 by Bishop Otto Georgens. Advisor and organ expert of the project was Heinrich Grimm.