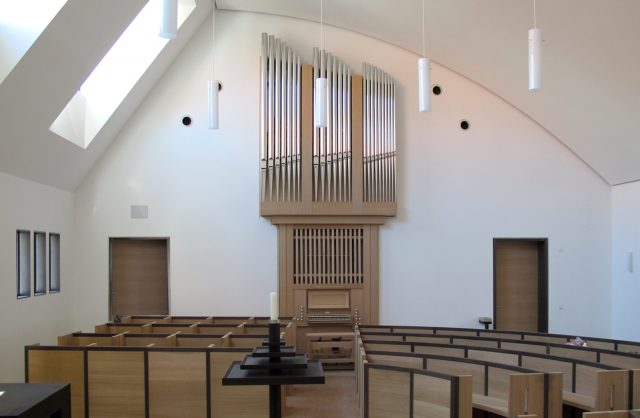 The Benedictine’s abbey Plankstetten receives a liturgical instrument that is equipped for its size with an astonishing palette in differentiated fundamental voices. Therefore it forms a counter pole to both other rather “baroque” straightened instruments in that minister. The anew built choral chapel of the cloister now hosts the instrument that should serve, primarily, the hourly prayer of the monks.
Both manuals are arranged on top of another, one part could be built as a Swell to the increase the dynamic versatility.
The project is examined by regional choirmaster Peter Hummel from Berching.